Br. Allen Sherry Joins Medicines for Humanity Board of Directors 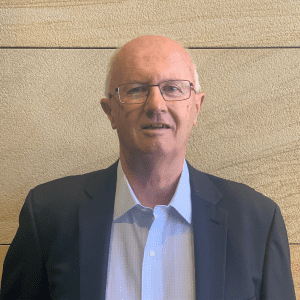 Br. Allen Sherry, a tireless advocate for justice and peace around the globe for more than 25 years, has joined the MFH Board of Directors. Br. Allen is a Marist Brother based in Australia. He pursued his post-graduate studies in the U.S., first at the Jesuit School of Theology Berkeley, CA, and then at Boston College. He has held International Development and Aid leadership positions with various organizations and councils in Rome and Australia. He has a rich history of working with Catholic institutions and Catholic Sisters. Originally educated as a teacher, he worked with the Marist Brothers for many years in finance and was central to establishing and growing their international aid offices in Melbourne and Brisbane.

“We are extremely proud to have Br. Allen Sherry join the MFH Board of Directors,” stated Kirk Ryan, MFH Board Chair. His work in International Aid and Development and his successful track record of working with international funders will surely help open new doors for us as we continue to pursue our mission of eliminating child mortality from preventable causes around the world.”